How to Perform a Jain Wedding 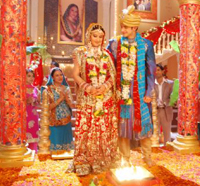 Jainism adheres strongly to principles of co-existence between two unique living beings, which can benefit from both separation and dependence on one another. Life is understood to be a gift, one that when experienced together is enhanced. This belief underscores the importance of a Jain wedding ceremony  Every Jain has a beautiful prayer in their hearts, one that proposes forgiveness to and from all animate objects. Friendship is also another fundamental concept imbedded in each and every prayer. Jains see marriage as something that the entire world should become a part of. Every Jain Shravaka believes family and marriage to be the cornerstone of a healthy, successful life.

Jain marriage is governed by standard, traditional practice, which is slightly different in each community. But one concept that is common in each Jain marriage is that the intention between husband and wife is made public to all those that bear witness to the ceremony; this concept is carried further into daily life. A man and woman are to become a permanent fixture, and the marriage must survive an entire life. The couple receives support by the community and therefore becomes a part of it. Typically, the concept of a dowry is shunned in the Jain marriage because marriage only occurs once-in-a-lifetime. The ceremony itself is only to be carried out by pundits of the religion.

It’s quite interesting to notice that Jains believe partners need to be found from within the community. Moreover, children born into the community carry out the religious tradition, as the surroundings gain an even more expansive following. It is usually through word-of-mouth that a young man and woman meet one another. Instead of arranging couples in an intricately involved process, in a rather lighthearted manner, an individual in the community may begin discussing qualities of two individuals in order to determine if there’s a match. It may be that parents of both the young man and woman discuss their potential union to the community, after deciding if both are fit for one another. It is also not uncommon for a jain marriage to be mentioned in local newspapers or in marriage bureaus.

As far as Jain wedding attire is concerned, brides wear only sarees. The normal color is red, or sometimes additional equally bright colors are worn. The groom wears a Kurta Pyajama or perhaps a Dhoti Kurta, both are traditional to Jains.

Rituals that take place before Jain marriage are always abundantly prevalent, as seen in the Laghana Lekhan, whereby the relatives are invited to the young lady’s house. The Lagna, which is carried out by the priest, nearing the end of the ritual will mention the exact time of marriage, as it is these precise instructions that are sent to the young man’s house. It is not uncommon for treats to be sent along with the Young man’s instructions, during the time of the engagement process. The Lagna Patrika Vachan takes place in the young man’s house and is typically carried out on the day of the engagement. The groom must perform the Vinayakyantra Pooja, then the priest reads a letter regarding the ceremony. There are additional, essential rituals that take place before the wedding day: the Sagai, the Mada-mandap, Barati, and lastly the Aarti. 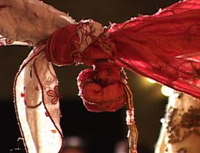 The rituals that take place during the marriage ceremony include the Phere, the Kanyavaran, the Havan, and the Granthi Bandhan which is pictured here to the left – the bride ties together her and her grooms scarfs, literally tying the knot that will bind them. After the rituals are finished, the bride and groom exchange their vows separately, as both accept the vows, the bride is placed to the left of the groom; at this point, the bride is named Vamangi, in connection to the left half of the marriage body. The couple will then exchange their elaborate garlands, and the havan concludes with the presence of the Shantipath and the Visarjin.